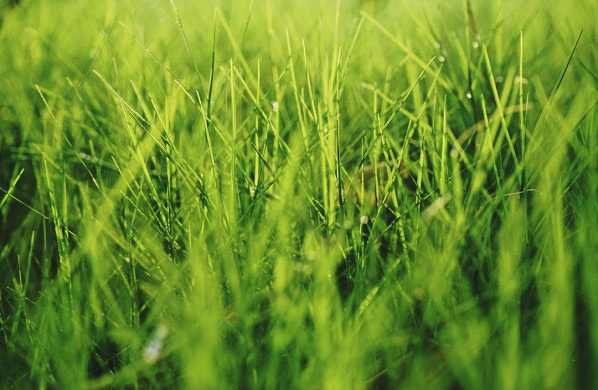 When you go outside on a May or June morning, are you greeted by fat, brown beetles belly up on your porch? These are dead June bugs.

They’re attracted by your porch light or the light coming from your windows at night. June bugs don’t fly very well because of their fat bodies. When they fly around your lights, they get tired, fall and die.

Even though you likely think they’re creepy, birds, skunks, and other small animals think June bugs are great for dinnertime.

The problem with June bugs is they lay eggs that turn into larvae. These larvae are white grubs that eat root crops and lawns.

Do you know there could be hundreds of grubs under your lawn right now?

Read more to find out about how June bugs and grubs can damage your lawn and plants without your ever seeing them. When you understand the June bug life cycle, you can develop a preventative plan for your Frisco lawn care.

What Is a June Bug?

The June beetle, (Phyllophaga sp.) also known as a June bug or May beetle is a scarab beetle. They are long, fat, reddish brown beetles that grow from one-half to five-eighth inches long.

Over 100 scarab beetle species live in Texas. A few other common scarabs are southern masked chafer, green June beetle and the Japanese beetle.

June bugs wake up in the spring. This is mating season. They reproduce for a few weeks and then they die.

Their peak flight time is in the middle of June to late June in Texas. But June bugs only have two sets of wings and only one set helps lift them off the ground. This is why you see so many dead ones on the ground.

The females dig tunnels into the soil. The go down 2 to 5 inches to lay their eggs. One beetle can lay up to 300 eggs.

It takes three to four weeks for the eggs to form larvae. The larvae go through three growth stages. The first two stages last three weeks.

The larvae stay underground from the fall to the spring during the final growth stage. Then in the spring and early summer, the white grubs pupate or mature 3 to 6 inches from the surface. The adult June bugs come out of the soil in about three weeks.

Because June bugs are attracted to light, sports fields often have turf damage. this is because the females lay their eggs on the lighted field.

Normally, there is one generation of June bugs every year. In North Texas, it could take two years.

What Are White Grubs?

White grubs are the larvae of June bugs. They’re half-moon shaped with cream-colored bodies. They grow to about one-inch long.

White grubs have brown heads and three pairs of legs. One pair on each of their three body segments.

If you look at a white grub, you’ll see spines or hairs on their last segment. The arrangement of the hairs can help identify what kind of beetle will emerge from the grubs.

What Do White Grubs Eat?

Grubs love to chew, especially on Texas turfgrass, such as Bermudagrass, St. Augustine grass and tall fescue. They make tunnels through your soil, eating as they move. When large amounts of grubs feed on your grass, they cause your lawn spongy, turn yellow, wilt and die.

Most of the damage caused by grubs is during the last growth stage of the grub worm life cycle. This is the time they feed the most during the fall and spring.

You can see them in the spring when your tilling your garden and under damaged lawn patches. When you discover more than five white grubs in a one-foot square of turf, it means you should treat your lawn before you have uncontrollable damage.

Another problem that your lawn faces is the moles, raccoons, skunks, and turkeys that destroy turf when feasting on white grubs.

How to Prevent Grubs

June bugs like to lay their eggs in moist soil. So, try to keep moisture under control by only watering when necessary. But avoid letting your turf dry out too much. When grubs eat dry turf, the grass is more likely to die.

Grubs also like turf with lots of organic matter. Work at developing a strong root system in your turf. This minimizes the destruction caused by grubs.

Another preventative measure is to use a black light trap. When you notice the adult June bug population peaking in your light trap, this lets you know it’s egg-laying time. At this time, you should begin treating the egg hatch.

White grubs like to eat close to your soil’s surface twice during their life cycles. You have a better chance of controlling them when they’re still young.

Applying grub control from late May to the middle of August will control the first and second grub growth stages. Also known as instar grubs.

After you apply grub control, irrigate your turf to make sure the product seeps down through the thatch and into the soil. You want it to reach where the grubs feed on the roots.

The plant takes up these products, so when the grubs eat the plant, they ingest the product.

You need to water your lawn because when you apply the grub-control product, the organic matter in the thatch prevents it from reaching the soil.

When to Consider Professional Treatment

If your turf has heavy white grub populations, you should consider hiring a lawn service company to treat your lawn before it’s beyond hope.

Replacing an entire lawn is expensive and time-consuming. Plus, the grubs will still be in your soil ready to eat your new lawn and hatch into next year’s June bug population.

Take a test sample from your lawn by cutting a square of turf and lifting the flap. Count the number of grubs you see. If you have more than a few grubs, you should consult a lawn company for your options.

By paying attention to when June bugs emerge, you can effectively control white grub populations. This is crucial for lawn care in Frisco and Plano, TX.

Also, check for animals digging in your lawn. They like to eat third-stage grubs.

Contact us from more information on how to keep your lawn free from June bugs and white grubs.

Get a Free Lawn Inspection!

Abracadabra Lawn Pest & Weed Control is built on a simple philosophy. Honesty and integrity. We believe in giving our customers more than a simple lawn application. We provide people with not only exceptional results using the best products available on the market but also constant evaluations of their lawn and landscape by our highly knowledgeable team members. Learn More